Diet and Our Planet 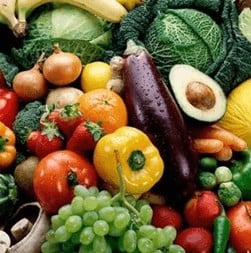 When people consider going green, their focus is often on buying a vehicle that guzzles less gas, riding their bike more, or eating local. Yet we hear from no less prestigious a group than the Food and Agriculture Organization of the U.N. that livestock are responsible for 18 percent of greenhouse gas emissions—more than all forms of transportation combined. “How can this be?” I wonder.  “Can the belching and flatulence of cows really be that bad?” Experts such as Goodland and Anhang for Worldwatch find the “food animal” contribution to be even greater (51% of greenhouse gas emissions). Thus the factors that make our meat, poultry, and dairy-centered diets so damaging to our planet’s future invite our attention.

Here is how it works:

* Cow burps and farts do play a role, but that’s just part of the story.

* When we clear forests for “food animals”, run farm machinery, bring in feed, and transport animals and butchered pieces, CO2 is released at each step. Note that it takes about 15 lb. feed to make 1 lb. beef, 6 lb. per lb. pork, and 5 lb. per lb. chicken. Even a “local and free range” animal had fodder that was delivered by truck, was driven to a licensed slaughterhouse, and the carcass was transported.

* Fertilizers for the massive quantities of fodder generate nitrous oxide, which has 296 times the global warming impact of CO2.

* Manure, an essential byproduct of animal (including organic) agriculture, releases methane, with global warming effects that are 23 times greater than CO2.

*Within the category of food production, 44% of greenhouse gas emissions are CO2, 32% are nitrous oxide, 23% are methane, with the latter two most strongly linked to the red meat and dairy industries. (1% are other gases.)

* Considering all that fodder, it takes considerably more water to produce a pound of beef, compared with a pound of grain or legumes used in a plant-based diet.

* A farm with 2,500 dairy cows produces as much waste as a city of 411,000 people. Whereas human waste must be treated before finding its way into our water systems, no such requirements exist for animal waste. Thus waterways are contaminated with pathogenic bacteria, carbon compounds, nitrates, phosphorous, antibiotics, hormones, sediments, heavy metals, and ammonia. When plant food crops are implicated in food poisoning, it is well known that the most likely origin is the nearby factory farm. Agricultural hormone use is linked with hormone-related human cancers and agricultural antibiotic use linked with emergence of new strains of deadly and antibiotic-resistant bacteria.

The environmental impact of various diets has been assessed using European software SimaPro (www.pre-sustainability.com).  This program takes into account land, water, and energy usage and also release of waste. The table below compares diets of different types and typical diets of various regions, based on FAO data. DG means that the plan is well balanced according to national Dietary Guidelines. Such a DG diet can be constructed with or without animal products; the non-vegetarian DG plan includes plenty of plant foods and is given a reference value of 1.