Findings From the Nutrition Superstars 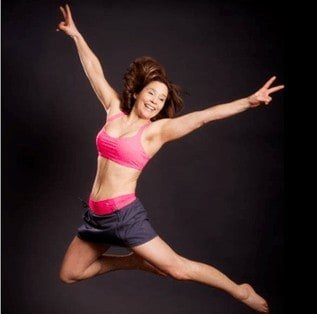 In February 2013 I attended  the 6th International Congress on Vegetarian Nutrition, which is held in California about every five years. The 2nd Congress, in 1992, was so inspiring that I and two dietitian colleagues, Brenda Davis and Victoria Harrison, wrote the first edition of our classic “Becoming Vegetarian”, now in 15 countries and 5 languages. This year, I was so excited about attending that I could barely get to sleep, like a little girl invited to a special birthday party. Nutritional scientists from all over the world gather at this premier conference and its proceedings are published in the most prestigious of all nutrition journals, the American Journal of Clinical Nutrition. The audience consisted of about 700 nutrition experts from around the world who research and publish, including Dr. Frank Hu from Harvard (Nurses’ Health Study) and Dr. Tim Key of Oxford.

Colourful Veggies and Fruits and Our Eyes

Dr, John Paul Sangiovanni of the National Eye Institute emphasized the essential nature of two substances, lutein and zeaxanthin that come to us from orange, red, yellow, and green veggies and fruits. These gather in the macula of the eye and filter and protect against damage from blue light in cells in that allow fine pattern vision. Without enough of these in our diet (pills are no substitute), eventual age-related macular degeneration can occur.

As Our Diet Becomes More Plant-based, We Reduce Risk of Chronic Disease

As we replace animal products with plant foods, we significantly reduce our risk of obesity and type 2 diabetes. This was clearly shown by

Oxford University-based research, following 34,000 meat eaters (of a particularly health conscious variety, compared with the general population), 10,000 people who eat fish but not other meats, 19,000 lacto-ovo-vegetarians, and 2,500 vegans. Their dietary choices, diseases, and causes of death have been tracked since 1993.

These findings were backed up by the Adventist Health Study-2 that included 96,000 generally health conscious people of various dietary patterns from across Canada and the US. As it turns out, vegans have a lower BMI, with average body weights that are in the healthy range, rather than overweight. Vegans also have significantly lower blood pressure, serum cholesterol levels, rates of diabetes, and female cancers. Lacto-vegetarians have reduced risk of gastrointestinal cancers. Vegetarians and vegans have far less likelihood of developing heart disease and cancers in general compared with non-vegetarians (whose diets include meat, poultry, or fish). Along with a plant-based diet, just be sure to take a vitamin B12 supplement, as part of a multivitamin, or as 1000 mcg twice a week!

Unfounded rumors (promoted by competitive industries, if you trace the source) have thrown a negative light on soyfoods. As it turns out, soyfoods are clearly protective against prostate cancer for men and researchers showed how the protective effects work in cells that have gone awry. Giving your little girl (or teen daughter) soy is a great way to protect her against breast cancer in later life. And for those who have developed breast cancer, recent studies show soyfoods to reduce risk of recurrence by 25%.

Just don’t overdo it, 2 to 3 servings a day are enough for anyone. Problems occurred when two men (independently) chose to consume 12 or 14 servings of soy a day for months on end—not a good idea!

Italians presented unique and fascinating research on the environmental impact of various dietary choices; we’ll cover this in the next column about the environment.

You can read about nutrition and prevention of chronic disease and in our new Becoming Vegan: express edition, co-authored by my fit and inspiring co-author Brenda Davis, pictured here doing a leap (in her mid-fifties) and myself (not pictured here and not doing a leap), and published by the Book Publishing Company, 2013.

Vesanto Melina is a Registered Dietitian and author of classics in vegetarian nutrition and foods.