This study looks ahead at Canadian food and beverage consumption to the year 2020. It provides valuable insight into our evolving consumer environment as well as the developing opportunities for the domestic agriculture and agri-food sector. This report combines factors and issues that are expected to drive consumer attitudes and perceptions using consumption forecasts based on Canadian statistical history. It suggests what food and beverage products consumers may want to bring home to their tables in 2020.

Sources for the data and information analyzed in this study include:

The Canadian population will continue to age, with more seniors than ever before and actually fewer children projected in real numbers in 2020 than there were in 2004. This finding will have implications for the type and quantity of food demanded as well as where it will be consumed.

Other socio-demographic drivers that will affect food choices include the shrinking household size, participation in the workforce, globalization, environmental awareness, and media fragmentation. Brands will become less of a status symbol and more an expression of individualization.

The move to spending less of our disposable income on food will continue. Retail food purchases will still dominate, while food service will see only modest growth in expenditures. The real shift will be in prepared meals and takeouts.

The most significant health driver will be obesity, with its associated medical conditions, such as cardiovascular disease and diabetes. One in two adults and one in three children were considered overweight or obese in 2001. The move to adopt healthier lifestyles will be slow. Adults faced with serious health concerns related to their weight may be motivated to change their diet and activity patterns, but it may take a concerted effort to educate this, and the next generation of children, in order to achievesignificant lifestyle and diet improvements within the population.

6. The Educated Consumer… Fads or Trends?

By raising a generation of label readers, we will become more conscious of nutrition and food ingredients than ever before, with a focus on zero trans-fats, low sodium, healthy/high fibre carbohydrates (the low carb fad is near dead), reduced sugar, allergen identification, fortification, and health claims. Foods with a function beyond just energy will be in demand,as consumers seek to manage their health and prevent disease.

7. The New Face of Canada

Ommigration will be driven from regions off thePacific Ocean, especially in larger urban centers where visible minorities will make up to 50% of the population, and the British and European roots of longer term residents diffuses. Hispanic influences from the south will also be felt. The resulting food trends; diversification, fusion and blended cuisines, will mean a host of unfamiliar food ingredients, cooking methods and presentation styles. Travel, job mobility and religious influences will also shape the ethnic mix of the new Canadian cuisine.

8. No Trade-off for Convenience

Food marketers are forever trying to find the magic balance between taste, quality, nutrition, convenience, variety, and value for the dollar. The fact is, consumers want it all. The next wave of product differentiation will be to provide fresher, more nutritious, great tasting and/or ethnic foods in the most convenient forms possible.

True vegetarianism may not grow dramatically, but consumption of meatless meals will continue to increase. This will be fuelled by perceptions of healthfulness, an emphasis on quick-toprepare meals, and ethnic food options, among other drivers.

Organics, at a modest price premium, will continue to rise, especially as quality and availability matches that of conventionally produced foods.

Consumer confidence in foods tends to shift with the news story of the day. At the time of writing, trans-fats and animal diseases were issues at the forefront of consumer minds. Others included: “safe” food production (including genetically engineered foods), food borne illness, additives, contaminants, tampering and bioterrorism, the ethical treatment of animals, country of origin and traceability, and to a lesser extent, acrylamides and irradiation. Lack of consumer confidence, for which ever reason, will lead to avoidance of the offending food.

A classical economic modelling approach, accounting for both predicted trends and historical consumption patterns, has been used to capture the relative change in per-capita consumption of selected foods representing each of the major food groups to the year 2020. There are several limitations to this analysis and caution must be used in the interpretation of the results. First, not all food items and categories have been included in this food trends analysis. For example, in the dairy category, products such as fluid milk, cheese, ice cream and cream were forecast, but yogurt was not, because the time series data only reflected a very recent increase in consumption. Further, the food consumption and disappearance data, as well as population, median age and immigration projections as compiled by Statistics Canada are statistical estimates, and as is indicated by Statistics Canada, they need to be used with caution. From time to time, Statistics Canada revises its previously reported data and projections. This analysis is largely based on consumption data issuedby Statistics Canada in November 2004, up to including 2003.

What can be observed is that overall consumption of many foods appears to be continuing on an upward trend. If health and wellness interventions aresuccessful, in combination with the will of Canadians to improve their lifestyle and diets, some of the projections identified in the following figure, may in fact be over stated. 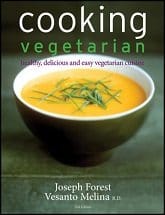